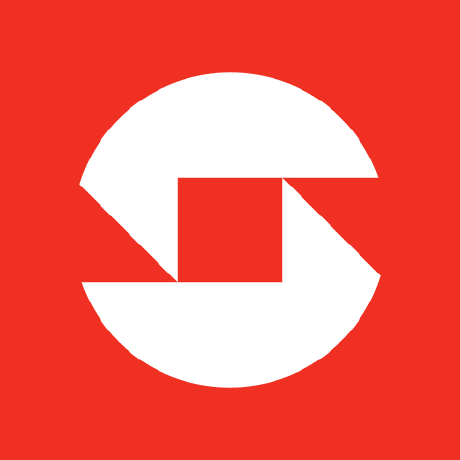 A free, open-source ecommerce platform that gives you complete control over your store.

As a community-driven project, Solidus relies on funds and time donated by developers and stakeholders who use Solidus for their businesses. If you'd like to help Solidus keep growing, please consider:

At present, Nebulab is the main code contributor and director of Solidus, providing technical guidance and coordinating community efforts and activities.

Support this project by becoming a Solidus Ambassador. Your logo will show up here with a link to your website. Become an Ambassador.

Solidus is a complete open source ecommerce solution built with Ruby on Rails. It is a fork of Spree.

See the Solidus class documentation and the Solidus Guides for information about the functionality that Solidus provides.

Solidus consists of several gems. When you require the solidus gem in your Gemfile, Bundler will install all of the gems maintained in this repository:

All of the gems are designed to work together to provide a fully functional ecommerce platform. However, you may only want to use the solidus_core gem combine it with your own custom frontend, admin interface, and API.

Try out Solidus with one-click on Heroku:

Alternatively, you can use Docker to run a demo on your local machine. Run the following command to download the image and run it at http://localhost:3000.

The admin interface can be accessed at http://localhost:3000/admin/, the default credentials are admin@example.com and test123.

Begin by making sure you have Imagemagick installed, which is required for Paperclip. (You can install it using Homebrew if you're on a Mac.)

To add solidus, begin with a Rails 5/6 application and a database configured and created.

Start the Rails server with the command:

For information on how to customize your store, check out the customization guides.

As part of running the above installation steps, you will be asked to set an admin email/password combination. The default values are admin@example.com and test123, respectively.

The best way to ask questions is to join the Solidus Slack and join the #support channel.

Instead of a stable build, if you want to use the bleeding edge version of Solidus, use this line:

Note: The master branch is not guaranteed to ever be in a fully functioning state. It is too risky to use this branch in production.

By default, the installation generator (solidus:install) will run migrations as well as adding seed and sample data. This can be disabled using

You can always perform any of these steps later by using these commands.

There are also options and rake tasks provided by solidus_auth_devise.

To gain some extra speed you may enable Turbolinks inside of Solidus admin.

Add gem 'turbolinks', '~> 5.0.0' into your Gemfile (if not already present) and change vendor/assets/javascripts/spree/backend/all.js as follows:

CAUTION Please be aware that Turbolinks can break extensions and/or customizations to the Solidus admin. Use at your own risk.

Solidus is meant to be run within the context of Rails application. You can easily create a sandbox application inside of your cloned source directory for testing purposes.

This sandbox includes solidus_auth_devise and generates with seed and sample data already loaded.

Solidus uses RSpec for tests. Refer to its documentation for more information about the testing library.

We use CircleCI to run the tests for Solidus as well as all incoming pull requests. All pull requests must pass to be merged.

You can see the build statuses at https://circleci.com/gh/solidusio/solidus.

ChromeDriver is required to run the frontend and backend test suites.

To execute all of the test specs, run the bin/build script at the root of the Solidus project:

The bin/build script runs using PostgreSQL by default, but it can be overridden by setting the DB environment variable to DB=sqlite or DB=mysql. For example:

If the command fails with MySQL related errors you can try creating a user with this command:

Each gem contains its own series of tests. To run the tests for the core project:

By default, rspec runs the tests for SQLite 3. If you would like to run specs against another database you may specify the database in the command:

If you want to run the SimpleCov code coverage report:

In addition to core functionality provided in Solidus, there are a number of ways to add features to your store that are not (or not yet) part of the core project.

If you want to write an extension for Solidus, you can use the solidus_dev_support gem.

Solidus is an open source project and we encourage contributions. Please read CONTRIBUTING.md before contributing.