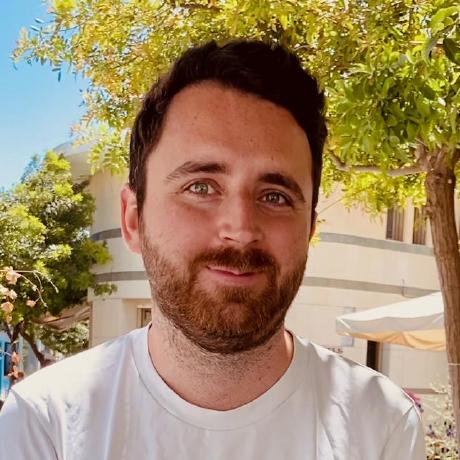 Looking for an additional maintainer!

minicron aims to complement cron by making it easier to manage and monitor cron jobs, it can largely be thought of as two components that interact together, the CLI and the Hub. The CLI is what is installed on your server(s) and executes your cron command and reports the status back to the Hub. The Hub is the central point where data from one or many instances of the CLI is received and stored in a database. The Hub also provides a web interface to the data and makes it easy to manage your cron jobs.

I initially developed minicron as part of my dissertation at university. The inspiration for developing minicron comes largely from my experience and frustrations using cron, in particular my time spent working at Miniclip (which is where the name comes from, miniclip.. minicron, get it?) where the management and monitoring of cron jobs at times proved to be tricky!

Lots more is planned for the future, see open issues or if you don't see the feature you want there add it!

Should run on OSX and any Linux/BSD based OS.

A simple example config for nginx is provided.

If you're using apache as your reverse proxy you need to ensure you have the following modules installed:

A simple example config for apache is provided.

minicron is currently under heavy development and I make no gurantees about stability while it remains pre 1.0, as such I would not recommend that you use this in production but I encourage you to give it a try in a non critical environment and help me to improve it and work towards the first stable release.

minicron used to be available to install via Ruby Gems, all future releases (>= 0.8) will no longer be published there and made available as ZIP file releases instead.

You can also run minicron in a docker container, see below for instructions how:

You can also run a command in 'dry run' mode to test if it works without sending the output to the server.

Running minicron with no arguments is an alias to running minicron help, minicron -h or minicron --help. You can also use the help argument to get information on any command as shown above in the run a command section or alternatively you can pass the -h or --help options like so minicron run -h.

To launch the server (aka the Hub) run

by default it will bind to port 9292 on the host 0.0.0.0 but this can be configured by the command line arguments --host --port and --path or in the config file.

By default the server will run as a daemon with its process id stored in /tmp/minicron.pid you can also use the stop, restart and status commands to control the server.

To run the server in debug mode, so you can see its output and any errors you can pass the --debug option.

See nginx.conf for an example of how to run minicron behind a reverse proxy.

Connecting to a host via SSH

To be able to perform CRUD operations on the crontab minicron needs to connect via SSH to the host. When you set up a host minicron automatically creates a public/private key pair for you and stores it in ~/.ssh on the host the minicron server is being run on using the naming schema minicron_host_*HOST_ID*_rsa(.pub). You will then to add the public key into the remote hosts authorized_keys file.

Like many command line programs minicron will show its version number when the global options -v or --version are passed to the CLI.

Some configuration options can be passed in manually but the recommend way to configure minicron is through the use of a config file. You can specify the path to the file using the --config global option. The file is expected to be in the toml format. The default options are specified in the minicron.toml file and minicron will parse a config located in /etc/minicron.toml if it exists. Options specified via the command line will take precedence over those taken from a config file.

As mentioned previously minicron is still under development and as such is missing some essential features as far as security is concerned. For example authentication still needs to be added.

It is not recommended that you allow your minicron host to be accessible via the public internet!

Obviously without authentication anyone who knew the address of your minicron host would be able to set up a potentially malicious job on one of your servers! Future versions may be secure enough to expose publicly but personally I still would not recommend it, minicron is designed to be an internal tool and should be behind a firewall that only allows connections from an internal network and/or a VPN.

All stable releases will follow the semantic versioning guidelines. Until 1.0 hits I will try to document any breaking changes in the release descriptions but you should proceed with caution before relying on anything etc etc

Releases will be numbered with the following format:

Based on the following guidelines:

I'm going to work out a proper roadmap for the epic journey towards 1.0 in a few weeks when I have more time to focus on this but until then some rough thoughts in no real order..

Areas that I would love some help with:

Where possible I will try and provide support for minicron, you can get in touch with me via:

Or feel free to open an issue and I'll do my best to help.

minicron makes use of a lot of awesome open source projects that have saved me a lot of time in its development. I started out trying to list all of them but it was taking way too much time so check out the dependencies in minicron.gemspec and app.rb.

minicron is licensed under the GPL v3, see here for the full license